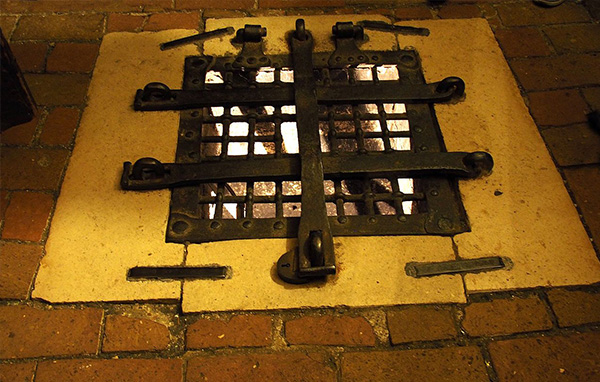 In the year 997 Olaf Tryggvason was the king of Norway. He sent a missionary to Island by the name of Thangbrand to preach the gospel. There is a report about his missionary activity, which might raise your eyebrows:

In the spring, Thangbrand, with his assistants, began his missionary journey in order to preach Christianity. When they arrived at Staffel, they encountered a man by the name of Thorkell. Thorkell rejected the faith and challenged Thangbrand to single combat. Thangbrand fought with him, carrying a crucifix instead of a shield. He won the fight and killed Thorkell. The missionaries moved on to Hornfirth, where Hildir the Elder and his household accepted the new faith. Afterwards they traveled to Dyrholms and organized an assembly: Ingailld became a Christian. They moved on to Fleetlithe, where they preached the faith, but Weatherlid, the poet, and his son Ari, refused to accept it. Weatherlid composed a poem ridiculing Thangbrand. Therefore, they killed Weatherlid. Thangbrand also killed Thorvald Veili, who had gathered a troop to slay him.

From our perspective, this missionary report is shocking and embarrassing. People who claim to be Christian, but kill those who reject Christian faith, are obviously not true representatives of Jesus Christ.

However, John the Baptist might have approved of Thangbrand’s aggressive missionary style. It is conceivable that John was hoping that Jesus would prove himself to be the Messiah by executing vengeance and eradicating the enemies of God. As we heard in the gospel reading:

When John heard in prison what the Messiah was doing, he sent word by his disciples and said to him, “Are you the one who is to come (the Messiah), or are we to wait for another?”

John was rotting in a prison because he had rebuked King Herod for committing adultery. According to Isaiah 61, the Messiah is expected

to proclaim liberty to the captives, and the opening of the prison to those who are bound… to proclaim the day of vengeance of our God

You cannot open prisons, free captives and carry out vengeance without using force. Jesus should apparently have been organizing troops capable of guerilla warfare – the only type of combat which was effective against the Roman legions. This would have meant injuring or killing those who guard prisons.

In his answer to John the Baptist, Jesus tells John that he is indeed fulfilling some Messianic expectations, but not all of them.

Jesus tells the disciples of John:

Go and tell John what you hear and see: the blind receive their sight, the lame walk, the lepers are cleansed, the deaf hear, the dead are raised, and the poor have good news brought to them And blessed is anyone who takes no offense at me.

Proclaiming good news to the poor is one of the Messianic expectations mentioned in Isaiah 61, but Jesus was not fulfilling other activities mentioned in this chapter. He was not opening prisons; he was not freeing captives, and he was not carrying out a so-called “day of vengeance for our God.”. Jesus was not fulfilling the aggressive Messianic expectations, which is why his final word to John is: “blessed is anyone who takes no offense at me”

On the other hand, Jesus goes far beyond Messianic promises. In his answer to John, Jesus refers to a vision recorded in Isaiah 35, our reading for today, in which miracles are proclaimed which only God Himself can carry out: The blind will see, the deaf will hear, the lame will leap like deer and the speechless will sing joyfully. Jesus performed these divine miracles, but also two further miracles which were not expected of the Messiah: lepers are cleansed and the dead are raised.

Jesus is telling John that he has redefined the role of Messiah. Jesus will not free John from prison by using lethal violence. But John should feel comforted, because in Jesus God is demonstrating what will happen when he finally realizes his sovereignty in all areas of life at the end of time. As formulated in Isaiah 35:

Then the eyes of the blind shall be opened, and the ears of the deaf unstopped;  then the lame shall leap like a deer, and the tongue of the speechless sing for joy.

Getting back to Thangbrand, the representative of a muscular Christianity: he was the exact opposite of Jesus. Thangbrand killed people who challenged him. Jesus never killed anyone; instead, he let himself be killed, and he raised the dead to life. Instead of engaging in combat, Jesus healed the sick.  Instead of carrying out vengeance, Jesus forgave his enemies. Jesus was a gentle and subtle Messiah who avoided public displays of force. He did not use his miracles as publicity stunts, attempting to overwhelm the sceptics with demonstrations of power and glory.

In this context I have to think of another representative of a muscular Christianity, a minister of the Church of England who lived in the 19th century in the city of Haworth. His name was William Grimshaw, known as “the mad parson of the Yorkshire moors”.  On Sundays, he had the habit of leaving the church during the singing of the psalm and tracking down people standing idly in the street or attending the local alehouse. With a horse whip in his hand, he herded people into church, so that they were seated in time for his sermon. A visitor to Haworth who happened to be passing a public house on Sunday morning “saw several persons making their escape out of it, some jumping out of the lower windows, and some over a low wall.” He assumed that the house was on fire. When he asked what was happening, he was told: “The parson is coming.” This William Grimshaw also preached in other parishes, with or without an invitation. His aggressive style of ministry was apparently successful. He raised the number of communicants in his parish from 12 to 1.200.

There are a lot of people who would like to see God ruling the world with a horse whip style, using pain and punishment to terrorize the depraved, the greedy and the arrogant into submission. A lot of people would like to see God forcing himself into every human heart, whether he was invited or not. Wouldn’t this world be a better place if God would overwhelm all brutal and greedy people with irresistible power?

As we heard in the reading from Isaiah 35, there is a deep human yearning for a forceful God:

Strengthen the weak hands, and make firm the feeble knees. Say to those who are of a fearful heart,” Be strong, do not fear! Here is your God. He will come with vengeance, with terrible recompense. He will come and save you.”

But in Jesus God revealed that he will not use lethal force. The world will ultimately be transformed by selfless love, unconditional grace and boundless mercy. However, selfless love cannot be horse-whipped into us by threats of punishment or by an overwhelming display of power and glory. Love and mercy can only occur if God keeps himself discretely in the background, giving people time and space to mature, to make their own decisions, to make mistakes, to be stupid and materialistic, if they so choose.

With God there are no short-cuts. He is not going to zap our brains with heavenly wisdom, forcing us to be good and kind, whether we want to or not. He is not going to turn us in zombies or into an animal herd. He is not going to kill our souls and turn us into computer programs. For God there is no alternative to endless patience. God is willing to give us the time we need in order to change. Things like racism, antisemitism or narrow-minded tribalism will not go away quickly. It takes generations, it sometimes takes centuries, before people are ripe for renewal. God has an eternity of time to work with.

That is why it was unthinkable for Jesus to organize troops to free John from prison. Killing the prison guards would have robbed them of the chance to grow spiritually, to reflect upon their relationship to the divine, to make ethical decisions about their roles as soldiers of Herod.  As we heard in the epistle reading:

Be patient, therefore, beloved, until the coming of the Lord. The farmer waits for the precious crop from the earth, being patient with it until it receives the early and the late rains. You also must be patient.

God is enormously patient with us because people do not change overnight. So also, let us be patient with ourselves and with one another. Amen.