19 Jan The Beauty of Anglican Worship by Rev. Phil Schmidt 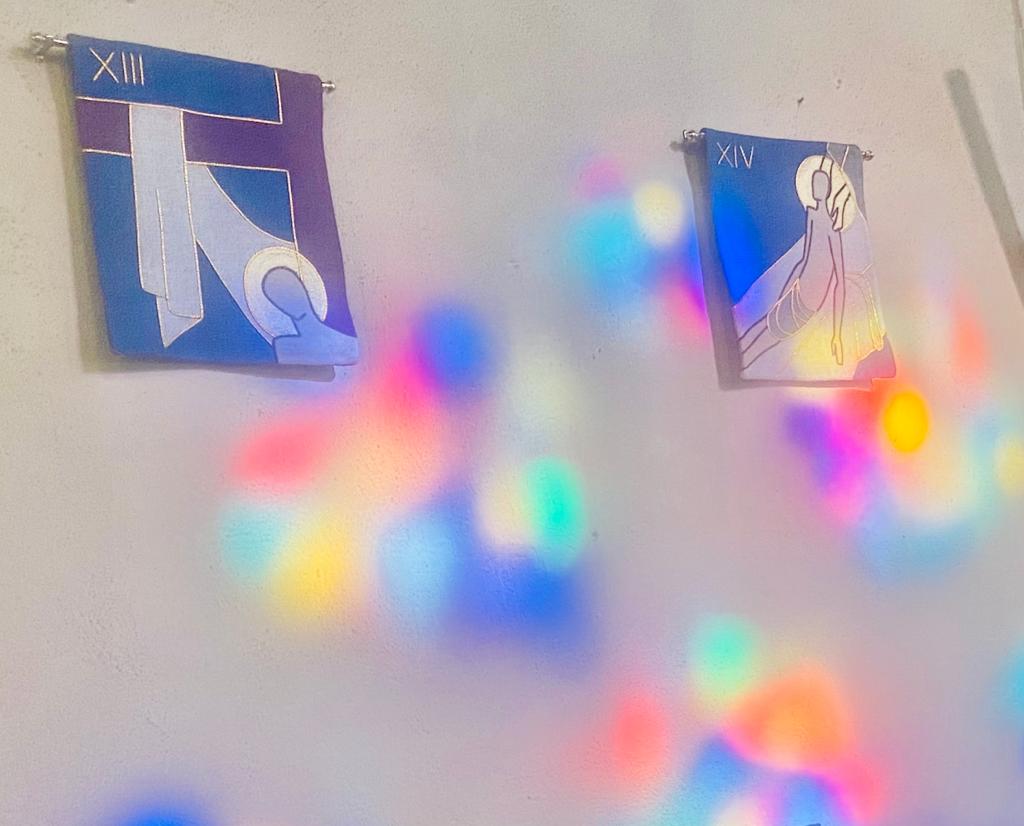 There are seven reasons why I subjectively think that the Anglican/Episcopal Church of Christ the King has the best worship service in Frankfurt, and I say this as a Lutheran minister. I have experienced services in many churches over the last 50 years in Frankfurt.

Here are the reasons:

The liturgy of the Eucharist has an eloquent language, which expresses reverence for God. It is a proclamation of the fullness of Christian faith.

One of the functions of liturgy is to preserve the apostolic faith intact from generation to generation. Protestantism tends to reduce Christian faith to those aspects which human comprehension can accept, which means that liturgies get shortened, which diminishes the completeness of the faith.

Apparently, the Episcopal Church has avoided the temptation to accommodate an impatient generation by taking short-cuts. The fullness of Anglican worship is especially evident in the Eucharistic prayer, which celebrates comprehensively the events of salvation history. The Eucharist culminates with the Breaking of the Bread, followed by uplifting words: “Christ our Passover is sacrificed for us…”, “The Gifts of God for the People of God”, “…feed on him in your hearts by faith, with thanksgiving”. When I hear these words, I see with my inner eye the churches and cathedrals I have attended in England or in the US.

The Collect for Purity at the beginning of an Anglican service is my favorite prayer:

Almighty God, unto whom all hearts are open, all desires known, and from whom no secrets are hid; cleanse the thoughts of our hearts by the inspiration of thy Holy Ghost, that we may perfectly love thee, and worthily magnify thy Holy Name; through Christ our Lord. Amen.

I have prayed this collect with Princess Margaret at Westminster Abbey and with black people in a small church in Bridgetown, Barbados.

2. The Eucharist is Celebrated every Sunday

With bread and wine a worshiper can see, touch and taste that the Lord is with us, which is a source of joy and comfort. When the Eucharist is integrated into the weekly rhythm of life it becomes part of our flesh and blood. In many Protestant churches, Holy Communion is typically celebrated once a month or even less often. This practice of offering Communion only occasionally conveys the deceptive message that the altar sacrament is not essential to Christian life. However, we humans need physical signs which address the whole person (not just the privacy of the mind) and which enable Christians to manifest their faith by coming forward to the altar and receiving the signs of grace. When personal faith becomes visible, the entire congregation is strengthened and encouraged.

The CtK choir has a tradition of high-quality singing and enriches worship by singing almost every Sunday and Feast Day. The evangelische Kirche has great choirs, but they do not sing regularly in worship, as the CtK choir does. Aside from anthems and psalms, the choir leads the singing of the congregation, occasionally accompanying the congregation with 4-voice settings or by offering stirring soprano descants. I do not know another church in Frankfurt, at which one can goose bumps by hearing a descant.

The hymns in this book, especially the Anglican, encourage animated singing because they are melodious and radiate warmth. At CtK the congregation sings with more energy than any other congregation I know.

Because I often sit at the front of a church, I register the body language of people in the congregation – more unconsciously than deliberately. In many Protestant churches I see poker faces which hide the emotions. At CtK I see people who actually enjoy worship and who are visibly responsive to what they see and hear. It has been determined through research that 93% of human communication is nonverbal. The body language of worshipers is infectious. If people worship with reverence and attentiveness, it affects everyone in the sanctuary.

6. Worship is Never a One-man Show

One of the reasons that worship at CtK has so much energy is that several people are actively involved: acolytes, crucifers, readers, prayers of the people, choir-singers, ushers, chalice bearers, occasionally a thurifer (incense-bearer) and those who prepare coffee, which is an extension of worship. I especially appreciate the variety of preachers that are allowed to proclaim the gospel at CtK. Once again, it is a question of expressing the fullness of Christian faith, which no single preacher can do alone.

And we now have the tech people, who transform a live service into a digital hybrid service, which enables people living in other countries and continents to not only observe but actively participate, for example, by taking over a Scripture reading or offering a prayer.

Another aspect of Anglican worship at CtK which I appreciate is the discipline with which the liturgy is celebrated. I think that it is important that the person leading the liturgy should read the words as they are written and maintain an objective tone of voice, not imposing his/her personality onto the words nor trying to be consciously charismatic, but also avoiding dullness.

At the same time, there is room for spontaneous moments, such as inviting children to ring the Eucharist bells.

I have encountered many Protestant ministers who arbitrarily change words in the liturgy to make them supposedly more relevant or easier to understand or more up to date. However, the unchanging words of the ritual of worship bind us to previous generations and to congregations all over the world. It is inspiring to know that services world-wide begin in the name of the Father and of the Son and of the Holy Spirit, that we speak the same Nicene and Apostles’ Creeds, the same “Glory to God in the Highest”, the same “Holy, holy, holy…”, the same “Lamb of God that takest away the sin of the world” and the same Lord’s Prayer.